Psalm 68:1 (KJV), “Let God arise, let His enemies be scattered: let them also that hate Him flee before Him.”

Jesus says in John 15:18-25 (NKJV), “If the world hates you, you know that it hated Me before it hated you. If you were of the world, the world would love its own. Yet because you are not of the world, but I chose you out of the world, therefore the world hates you. Remember the word that I said to you, ‘A servant is not greater than his master.’ If they persecuted Me, they will also persecute you. If they kept My word, they will keep yours also. But all these things they will do to you for My name’s sake, because they do not know Him who sent Me. If I had not come and spoken to them, they would have no sin, but now they have no excuse for their sin. He who hates Me hates My Father also. If I had not done among them the works which no one else did, they would have no sin; but now they have seen and also hated both Me and My Father. But this happened that the word might be fulfilled which is written in their law, ‘They hated Me without a cause (Psalm 69:4).’”

Paul writes, “But you have carefully followed my doctrine, manner of life, purpose, faith, longsuffering, love, perseverance, persecutions, afflictions, which happened to me at Antioch, at Iconium, at Lystra—what persecutions I endured. And out of them all the Lord delivered me.  Yes, and all who desire to live godly in Christ Jesus will suffer persecution.  But evil men and impostors will grow worse and worse, deceiving and being deceived. But you must continue in the things which you have learned and been assured of, knowing from whom you have learned them, and that from childhood you have known the Holy Scriptures, which are able to make you wise for salvation through faith which is in Christ Jesus.

All Scripture is given by inspiration of God, and is profitable for doctrine, for reproof, for correction, for instruction in righteousness,  that the man of God may be complete, thoroughly equipped for every good work.

Jesus says to love those who persecute you and pray for your enemies in Matthew 5:43-45 (CEV),”You have heard people say, “Love your neighbors and hate your enemies. But I tell you to love your enemies and pray for anyone who mistreats you. so that you may be children of your Father in heaven. For he causes his sun to rise on the evil and the good, and sends rain on the righteous and the unrighteous.” 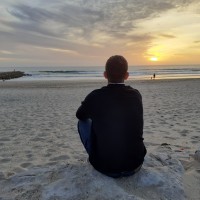 2017-2020 Livingbreadweb. All rights reserved. Unauthorized use/duplication without written permission is strictly prohibited. Exerpts and links may be used, provided full credit is given to Livingbreadweb.

Sharing Scripture, prophecies and encouragement among believers in Jesus Christ.

Does That Person Deserve Grace?

Power in a Nutshell

"Deep waters are like purpose in the heart of man, and a man of understanding will draw it out."